What is taravana and how it manifests itself?

Taravana is a Polynesian term that in the language of the Tuamoto Archipelago means “To fall crazily” (Tara = to fall; Vana = Crazy ). It was reported in the scientific community and linked to the freediving world in 1958 by Dr. E. R. Cross to define a syndrome characterized by symptoms of neurological problems such as: vertigo, paralysis, paresis, visual and hearing impairment, state of confusion, loss of memory, or similar symptoms in the Japanese sponge divers, the famous AMA divers. Since then, a number of scientific studies have been produced on this topic that originated from the observation of very similar cases to those of the AMA divers, which involved freediving fishermen who dived to considerable depths at frequent intervals, and record holders who trained at depths of over 100 meters. In these studies, a similarity emerged between the symptoms of Taravana and the manifestations of the traditional Decompression Sickness (DCS), which can occur in those who dive with scuba gear. In spite of the countless differences in the physiological responses to scuba diving and freediving, in these early studies it is assumed that a similar pathogenetic mechanism exists between the traditional DCS symptoms of scuba divers and the neurological manifestations of Taravana. Basically, according to these early considerations, even when freediving, repetitive dives at great depths could expose our organism to nitrogen build-up in the tissues, with the possibility of the formation of gas bubbles in the venous blood, and in the event of a right-to-left shunt, the passage of these bubbles in the systemic circulation.

Is it really so? Is there proof to support this fascinating theory, and most importantly, are there other theories?

New, recent data seems to offer other possibilities to explain this phenomenon.

Why it is important to fill out the survey properly?

This survey was created with the aim of advancing in the study of this phenomenon, and achieve full comprehension of it.

More numerous are the case studies, higher is the possibility of finding adequate answers to presently unsolved questions.

DAN, FIPSAS and Apnea Academy have decided to collaborate in this research project and the survey was also drawn up thanks to the experience of Dr. Mariasilvia Amaddii, a federal doctor of FIPSAS and Dr. Danilo Cialoni, a researcher of DAN Europe. The first step is therefore to gather the highest possible number of cases and people who have had or suspect of having had at least one episode that could be included in the studies. To this effect, a survey was created that can allow each participant to share their own suspected incident (up to 4 episodes can be entered) in a straight-forward way. In the second in-depth part (of the survey) it is possible to also share the participants’ own sports activities and performances in order to provide useful information for understanding the circumstances of the incident or incidents that occurred.

Instructions for filling out the survey

The survey is divided in 2 separate parts

This part is fundamental and allows participants to describe the suspected Taravana incidents (up to 4 episodes can be entered) and to provide data and consent for contact at a later time for a potential follow-up.  3 to 5 minutes are necessary for filling out part 1.

This part is important because it allows participants to provide information about their own sports habits and attitudes, useful in understanding the circumstances of the incidents previously described. 4 to 6 minutes are necessary for filling out part 2. 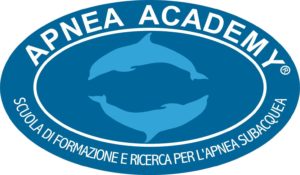